Popular Nigerian singer, Naira Marley, has revealed that he collected N60million from Access Bank in just this week.

The “Soapy” crooner said this after he was questioned to reveal the amount he makes a perfect show. In response, the singer stated that:

“He got paid N20million three consecutive times this week by Access Bank for shows.” 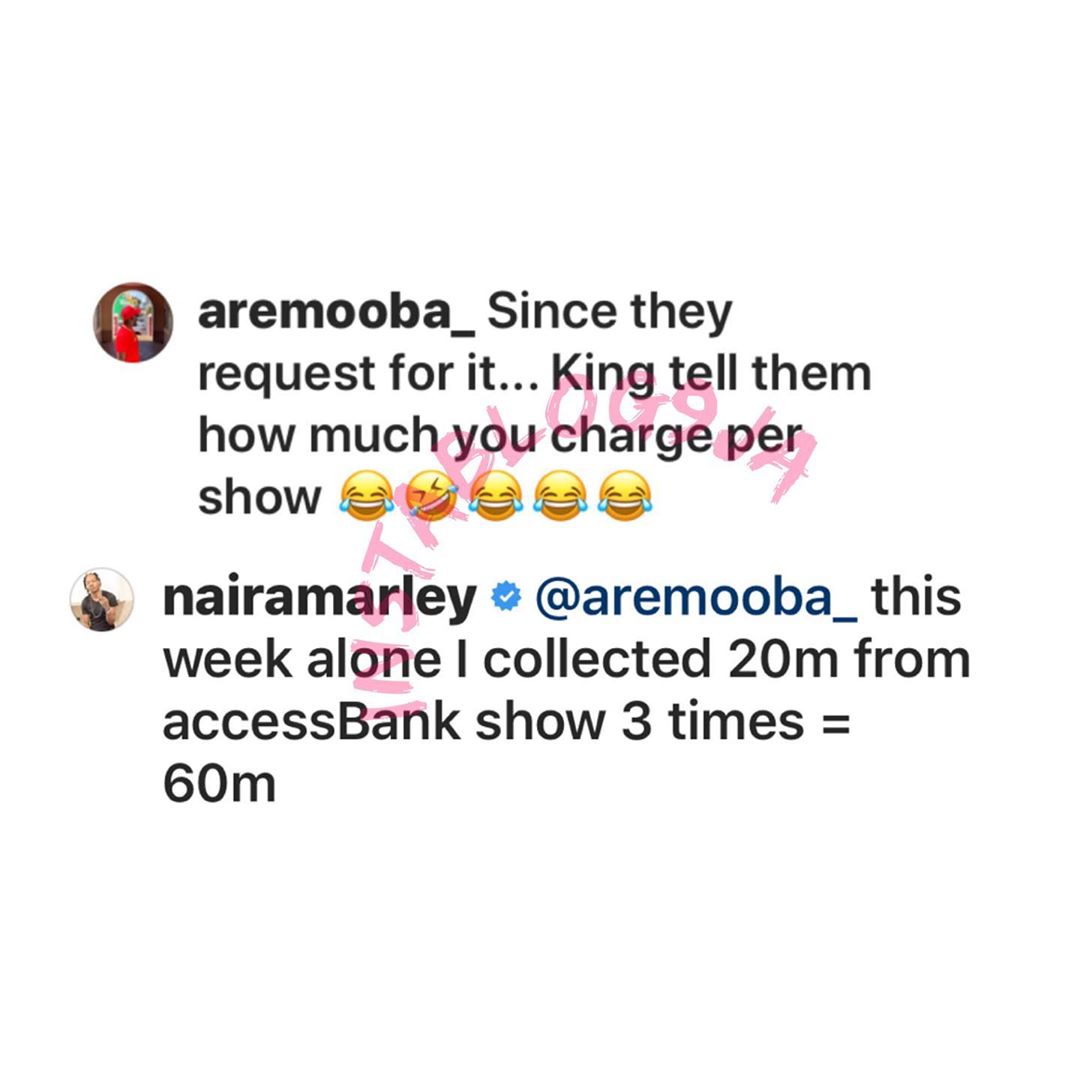 Naira Marley also reacted to the news that his arrest has been ordered by a Chief Magistrate Court in connection to car theft.

Naira Marley and two of his brothers: Idris Fashola and Babatunde Fashola; alongside Kunle Obere are accused of stealing a Toyota Camry vehicle with Registration No. FEE 120 AA valued at N1.8 million and an iPhone XS worth N330,000 belonging to one Mr. Adelekan Ademola.

According to the prosecutor, ASP Edet Okoi, the offenses were committed on December 16, at Eko Hotel Roundabout on Victoria Island, Lagos. Read More HERE

Reacting to the news, Naira Marley took to Twitter to reveal he’s above the level of stealing a car.

“Car theft?? maybe I need to post my Bentley, Porsche or benzo. If u lot like try stain my name from today till tomorrow I will still be the next president and who’s Adeyemi Fashola aka Naira Marley. Another free promo I’m guessing”.

“Looool I’m still baffled, one bad belle paid bloggers to carry fake news because I’m sure the bloggers didn’t sit down to make that up themselves.”